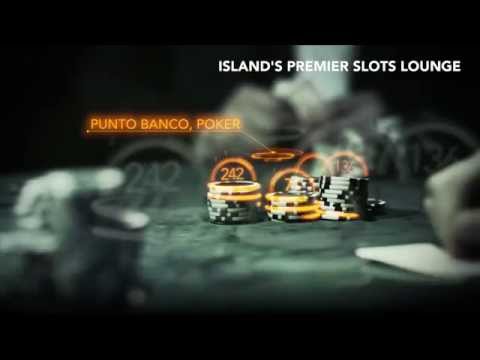 Going through old issues of the Wrestling Observer Newsletter and posting highlights in my own words, continuing in the footsteps of daprice82. For anyone interested, I highly recommend signing up for the actual site at f4wonline and checking out the full archives.
 • PREVIOUS •
1987
 FUTURE YEARS ARCHIVE:
The Complete Observer Rewind Archive by daprice82
 Watch: Dave Meltzer talks about Bresloff telling him 78,000
 Jake Roberts on the cover of Ellery Queen Mystery Magazine
 THURSDAY: Hogan drops the WWF Title (really the only big story next week)

Going through old issues of the Wrestling Observer Newsletter and posting highlights in my own words, continuing in the footsteps of daprice82. For anyone interested, I highly recommend signing up for the actual site at f4wonline and checking out the full archives.
 • PREVIOUS •
1987
 FUTURE YEARS ARCHIVE:
The Complete Observer Rewind Archive by daprice82


- Anyway, Dave goes through the Bunkhouse finals. An estimated 7,000 were in the arena, and the dark match was Sting and Jimmy Garvin beating the Sheepherders by DQ. Nikita Koloff retained the NWA TV title against Bobby Eaton in a 20 minute draw. -2 stars. Larry Zbyszko beat Barry Windham for the Western States Title, with the match starting slow and getting very good in the last ten minutes. 3.5 stars. Road Warrior Hawk beat Ric Flair by DQ in the NWA World Title match. 3.75 stars. Dusty Rhodes won the Bunkhouse Stampede finals. Lots of blood, a lot of guys going the distance you wouldn’t expect to have the stamina to do so (the match was 26 minutes long), and it was exactly what was promised and was good stuff. 3 stars.

Watch: a brief clip of the bunkhouse finals


- As for the Royal Rumble, the crowd appeared to be nearly sold out with almost 18,000 in attendance. Ricky Steamboat beat Rick Rude by DQ. Heavy with rest holds and stalling before the final two minutes had them trading near falls constantly and getting good heat from it. 2 stars. The Jumping Bomb Angels won the WWF Women’s Tag Titles from the Glamour Girls in a 2/3 falls match. They started behind with Judy Martin getting the first fall, then the Angels won two straight falls with each Angel pinning Judy Martin (sunset flip and double missile dropkicks, respectively). It was a good match, but not great - the Angels missed a lot of moves and seemed to be out of shape. 3 stars. Jum Duggan won the Royal Rumble, last eliminating One Man Gang. The match was much better than Dave anticipated, and the match went on roughly at the same time as the Bunkhouse finals match. Better camera work in it, and Dave notes that WWF seems to have fudged the two minute intervals after a bit. 3.5 stars. The Islanders beat the Young Stallions (Paul Roma and Jim Powers; Dave’s nickname for them is The Barbie Dolls) in two straight falls. He makes a weird joke about a submission actually working on a pushed guy (Haku submitted Roma with a Boston crab) making him go out for “Oriental food” afterwards because it was so surprising. I’m too confused to even know what to make of the line. 2.5 stars.

Watch: the finish to the 1988 Royal Rumble match


I apologize for that one and will quit using the term. Actually the term abortion for a bad match is a business term just like jobber, mark, babyface and the rest. But there are a few business terms (mainly for ethnic wrestlers and ethnic fans) which are in bad taste that I don’t use, so I’ll add that one to the list.

DiBiase will interfere and Andre will pin Hogan on 2/5, however Jack Tunney will prove he can’t be bought and hold the title up so Ted doesn’t get the title, and order a rematch in a cage at WM4 so Ted can’t interfere (and also so Andre can lose without doing a job). Hulk will win on a fluke, and they’ll run Hulk vs. Andre over the summer in your local cities after Hulk gets back from playing Hulk Hogan in the movies.

Continuing
“Hey, Viv!”, I say, as we’re all being shuttled onto the bus which will take us to our hotel, “Toss me one of those miniatures, if you please. Yeah. Of course, Vodka’ll do. It’s bloody dusty round these parts.”
Viv chuckles and asks if anyone else wants anything. He’s a consummate scrounger and somehow sweet-talked a demure and pulchritudinous female Air China cabin attendant out of her phone number, Email address, and a case of 100 airline liquor miniatures.
That he looks like a marginally graying version of Robert Mitchum in his heyday and speaks fluent Dutch, French, and Italian might explain his success. I mean, a guy with four ex-wives can’t be all wrong, right?
He’s a definite outlier in this crowd. We could be characterized as a batch of aging natural geoscientists who collectively, sans Viv, add up to an approximate eight on the “Looker” scale. Besides the years, the mileage, the climatic, and industrial ravages, it’s a good thing we all have expansive personalities, as most of us are dreadful enough to make a buzzard barf.
But, save for Viv, no one presently here is on the make. Oh, sure; we’ll all sweet talk some fair nubile into a free drink or a double when we really ordered a regular drink, but we’re all married, most terminally, that is, over 35 years and counting. The odd thing is that save and except for Viv, none of us married folk had ever been divorced.
That is strange, considering that the global divorce rate hovers around 50%, and we are often called to be apart from kith and kin for prolonged periods. However, we are always faithful and committed to our marital units and those vows we spoke all those many long decades ago.
But, hey, we’re all seriously male and not anywhere near dead; and there’s no penalty for just looking, right?
Continuing.
We’re all loaded on a pre-war, not certain which war, by the way, bus which stank of fish, kimchee, and diesel fuel. We really don’t care even a tiny, iotic amount. It’s free transport, we’re tired of traveling, and not keen on walking any further than we absolutely have to.
Viv has been passing out boozy little liquor miniatures, and I’ve been handing out cigars since I bought a metric shitload back in Dubai Duty-Free and somehow got them all through customs.
We didn’t light up, as there was neither a driver nor handler present. So, we figured we’d all just wait on the cigars, and concentrate on having a little ground-level “Welcome to Best Korea” party until the powers that be got their collective shit together and provided drivers, herders, and handlers.
We sat there for 15 long minutes. Being the international ambassadors of amity and insobriety, we started making noises like “Hey! Where’s our fucking driver?” and “I am Doctor Academician! Of All State Russian Geological Survey! How dare you make me wait?
submitted by Rocknocker to Rocknocker [link] [comments]

I see a lot of LP collections posted here. Does anyone appreciate a well organized digital collection?